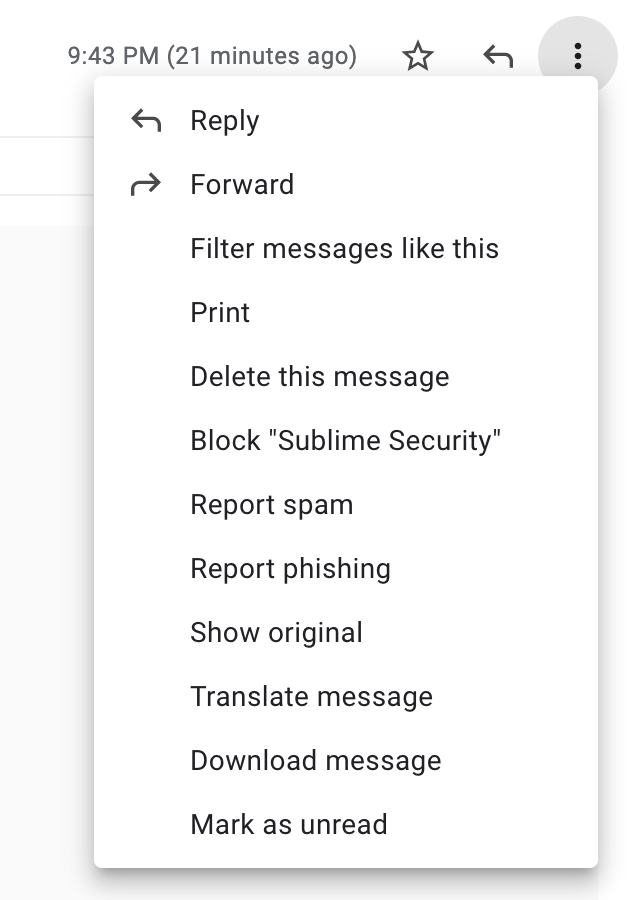 Sublime will show messages reported through this feature in Messages > User Reported.

There is typically a delay of 20+ minutes between when a user reports a message as phishing through the "Report phishing" feature and when an alert is created in Google Workspace's alert center. This is a Google limitation, and can't be changed according to Google support. Thus, this user reporting mechanism is far from real-time, in contrast to an abuse mailbox.

Once you've finished adding a Google Workspace message source, Sublime will automatically track messages reported through Gmail's "Report phishing" feature. Note that currently, Sublime must have processed the message that was reported in order for it to show in the User Reported page within Sublime.